#SDG Two protest movements erupted in the UK and France on November 17th, with apparently opposite logics. Here, Matthew Paterson, Professor of International Politics in the School of Social Sciences, argues that both movements are a result of the way carbon pricing is been both regressive socially and woefully inadequate in climate terms. This centre piece of climate policy has created an environment for both radical populist movements opposing fuel tax rises and radical direct action movements pursuing a response to climate change adequate to the challenge.

Extinction Rebellion started by successfully blocking 5 major bridges in London for over four hours, and has since spread across the UK and beyond with direct action protests for more radical and rapid action on the intertwined crises of climate change, species extinction and global justice.

The other, known as the ‘gilets jaunes’,has been a far reaching and extremely popular protest movement raising existential challenges to the Presidency of Emmanuel Macron. The movement was triggered by proposals to increase fuel taxes in 2019, explicitly justified as a measure to address climate change.

But underlying this apparent contradiction, these protests reveal the inherent problems of dealing with climate change within a context of deepening economic inequalities, austerity as an on-going economic strategy, and the neoliberal ideologies and power structures underpinning both. As Andreas Malm has termed it, it is a ‘lesson in how not to mitigate climate change’. When politicians like Macron seek to pursue what on the surface are some of the most progressive and ambitious climate policies in the world, but do so in a way that associates the policies with the rest of his programme (which redistributes wealth upwards, removes benefits from the poor, and promotes corporate-led European and global integration), it should not be a surprise that the two become fused in the minds of many. They reject austerity’s degradations, and end up resisting climate policy. The ‘backlash was inevitable’.

Macron’s climate strategy, ambitious though it is in many respects, is a continuation of the strategies of other similar centrist neoliberal leaders, from Blair and Cameron, to Merkel, to Clinton, and many others. It starts with the standard position of climate change as a market failure problem, and thus seeks to ‘price carbon’, either through carbon taxes (as in Macron) or cap and trade systems, as in the EU Emissions Trading System (advocated aggressively by Blair). The latter in particular have served large scale corporate interests most directly, since they create a new financial market that has been lucrative for the City of London in particular, but also the big emitting companies that get allowances to hedge against the risks of having their carbon emissions regulated. The carbon tax option, while not so obviously pro-corporate, does very obviously have regressive effects – the richer you are, the lower percentage of your income you spend on energy. And when the politicians introducing these policies then present climate change as something where, to paraphrase David Cameron, ‘we are all in it together’, this only serves to stimulate anger and hostility.

But as a kernel of neoliberal climate policy (both countries have of course enacted many other policies, but carbon pricing remains central to both and to the EU’s approach), it has also achieved singularly little. Emissions in some countries, like the UK (less so France, but they were already lower given France’s nuclear-centred electricity system) have come down significantly in the last two decades, but most of that is still the long term effect of political onslaught on coal started by Thatcher in the early 1980s, combined with the on-going deindustrialisation of the UK economy that simply outsources emissions to other countries. Carbon pricing has had perhaps a modest effect on emissions (and of course opinions vary on this) but no more. So this centrepiece of climate policy has been both regressive socially and woefully inadequate in climate terms, creating an environment for both radical populist movements opposing fuel tax rises and radical direct action movements pursuing a response to climate change adequate to the challenge.

In this context, it is interesting to note that it is difficult to find explicit rejections of climate change within the gilets jaunes movement. This is perhaps a surprise since so much of right wing populism that has emerged as a political reaction on the right against various aspects of centrist neoliberalism, embraces climate denial explicitly. But in this it is redolent of an earlier similar protest against fuel tax rises, in the UK in 2000. In analysing that at the time, we found that there were interesting and unexpected connections between the truckers and farmers that led those protests, and environmental activists who could articulate those protests with their concerns about global economic integration and its damaging effects.

Indeed there are some who go further than the above argument and identify the gilets jaunes and climate justice movements (of which Extinction Rebellion can be seen as one expression, albeit with a far greater focus on urgency than many, and criticised by some within climate justice movements), as expressing the same set of instincts and goals – that dealing with climate change needs to be pursued in ways that reduce inequalities and the resulting political conflicts.

This claim about them being identical may be a stretch. But the observation is instructive about the potential political support for more radical climate policies that are focused on redistributive and democratic politics, and the risks of not seeking this. Two broad policy conclusions flow from this. First, context matters: climate policy does not exist in a void but rather how it is received politically and socially depends on the broad political environment. Pursuing climate policy that imposes broad social costs is particularly hard in an environment where inequalities are being enhanced more generally; conversely, addressing social inequalities much more substantively will ease the path for climate policy.

Second, climate policy faces a recurrent dilemma between ‘legitimation and accumulation’. It can focus on creating conditions for business investment to effect decarbonisation, but risks recurrent protests because of the regressive nature of many policies that entails, notably carbon pricing. Or it can focus on getting broad social legitimacy for climate policy, redistributing wealth downwards, shifting to community-led renewable energy, and so on, in which case it risks backlash from powerful business groups who see that as a threat to their profitability. This dilemma is unlikely to go away any time soon, but what we do know is that the closer we get to zero carbon emissions, the broader the social acceptance of that transformation will have to be, since, as Naomi Klein put it memorably, climate change ‘changes everything’. 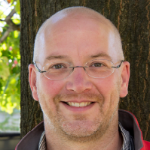 Professor Paterson's research and teaching focuses on environmental politics, especially climate change politics. He is interested in the fundamental question of the challenges that dramatic environmental change poses to existing political institutions and structures, and what drives the responses of those systems to the unsustainability of the current world order.