You are here: Home / Energy and Environment / Managing radioactive waste

The UK, like many other nations, generates a lot of waste. In 2016, just over 200 million tonnes of waste was generated and some of this waste is hazardous and must be handled appropriately. Radioactive waste is mainly generated from the nuclear power industry but some is also produced by medical practice and industry. The UK nuclear industry is predicted to generate just under 5 million tonnes of radioactive waste across its entire lifetime. A small fraction of this, about 6%, will remain radioactive for millennia, which means that a long-term plan is required for managing new nuclear waste as well as the long-lived waste already being stored in the UK.

There is no easy way to deal with these materials and current expert opinions are divided. Most experts agree that consigning the waste to a specially designed underground facility would reduce human exposure to the radioactivity of these materials to acceptable levels; this is the option preferred by UK government as well as other nations such as France, Japan, Sweden and Finland. Others suggest that more research is required and so we should store the waste above ground where we can keep an eye on it.

An underground facility would be excavated, probably to a depth of around 650m. This would place enough bedrock between us and the waste that we would be shielded from harmful levels of radiation. The access tunnel will eventually be sealed, leaving the radioactivity of the waste to naturally reduce.

One risk of this method concerns the water which flows through the rocks beneath our feet. Eventually this groundwater could penetrate the disposal facility causing the radioactive waste to erode releasing pollutants, including radioactive ones, into the groundwater. The flowing groundwater can then carry some of this material to places where living things could interact with it, which could cause us and our environment harm.

To prevent erosion of the waste, both the facility and the waste will be specially engineered – the waste is often encased in cement, or blended into glass. My research has shown that radiation can lead to changes in these materials, producing hydrogen gas from cement-like materials, or by creating bubbles in glass. Both of these changes could affect the way the waste erodes. The problem is, that it’s impossible to design an experiment in the lab that would explain precisely how the waste and engineered multi-barrier system will evolve over millennia, especially when a wide variety of geological settings must be considered. The UK government engages with the scientific community to understand these technical challenges via Radioactive Waste Management Limited but is there more that can be done? We encourage the government (via BEIS), the Office of Nuclear Regulation and Radioactive Waste Management Limited to continue to engage with both scientists and the public to not only find an appropriate underground disposal site but also to agree a social contract for future stewardship of this waste.

As well as the technical challenges of deep geological disposal, there are societal aspects to consider. It stands to reason that if we want future generations to stay away from material that we’ve buried, we would want to leave a message to let them know where it is. But what would that message even look like? Writing on paper was still cutting edge technology in Europe 1000 years ago, while today we’re storing information digitally. Who’s to say what communication will look like in the next thousand years? Radioactivity and geological disposal doesn’t tend to feature in daily life so government departments such as BEIS which leads on energy storage and DCMS who can advise on digital media and communications should start to work together to think about how to inform the public now, in order to make future messages meaningful.

The alternative to entombing the waste deep within bedrock is to keep it where it is, on specially licenced sites, under armed guard. However this option means that the waste will be a greater risk from natural disasters and extreme weather – So do we stick or twist with the future storage of this waste? Consideration of what to do with this waste is a balancing act which must be based on scientific research.

The UK government is currently looking for communities to volunteer to host an underground geological disposal facility; a huge undertaking and would have a long-lived impact on that community. It would provide thousands of jobs for several generations and would most likely require upgrades to local transport links in order to accommodate the vehicles delivering the waste to the site. It would also mean that the host community would be responsible for stewardship of a cultural legacy for many generations to come.

The process of finding a site for the facility could take decades; meanwhile the waste is continuing to change because of its own radiation field. The UK government should consider a social contract with the public on nuclear. I would encourage BEIS and DCMS to work together to explore current public understanding and determine the best way of accurately communicating the available scientific evidence. Regulators also have a part to play in keeping the public informed about radiation safety. By providing this information sooner rather than later, and making the general public more familiar with radiation and how we work safely with it, the process of finding a site and a community to be responsible for a geological disposal facility is likely to speed up.

The nuclear industry has played an important part in our history and will continue to shape our future but it’s often not well understood. The decision on what do with the waste it has produced requires a concerted effort by both scientists and the general public. Government has a vital role to play in ensuring that research from the scientific community is understood by the public, and used effectively so that future policy will also be informed. 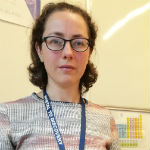