You are here: Home / Energy and Environment / Fuel poverty and low-carbon investment: a role for area-based policy?

The GMCA plans to launch a five year plan for carbon neutrality in Greater Manchester by 2038 at the Green Summit today. Stefan Bouzarovski, Professor of Human Geography, will be hosting a discussion table at the public sector space within the Green Summit. Here, he blogs about the importance of area-based fuel poverty and energy policy.

I recall a time, about 10 years ago, when area-based development and anti-poverty policies were the talk of the town. Their virtues and shortcomings were hotly discussed at numerous seminars and policy fora, while being critically evaluated within newspaper articles and policy papers.

Area-based targeting of government resources had been the mainstay of many UK policy approaches from the 1960s onwards, having become an integral part of efforts to promote economic growth and reduce inequality in less well-off regions. Other countries relied on similar approaches: Sweden has used them as a means of counteracting segregation processes, and area-based initiatives have been employed in the Netherlands and Catalonia to improve neighbourhood liveability and housing quality.

Off the map: geographical targeting of fuel poor households

In recent years, area-based approaches have been receiving comparatively less attention – a trend that is particularly evident in the domains of fuel poverty and energy policy, where I work. In this sector, I am aware of several past policies that were associated with explicit geographical targeting. All of them have been discontinued:

Many fuel poverty researchers have been arguing that area-based targeting deserves a greater role in fuel poverty policy. Brenda Boardman – one of the key experts in the area, largely responsible for putting the issue on the policy agenda – has repeatedly emphasized the effectiveness of street-by-street provision of energy efficiency measures, associated with doorstep-level identification and communication (for further information, read her book: Fixing Fuel Poverty: Challenges and Solutions).

This line of argument often highlights the need for prioritising energy efficiency support against the background of limited government and company funding, while directing comprehensive measures towards vulnerable places (as opposed to specific groups). Its corollary is that ‘hard to reach’ households may be accessed more easily via spatially-concentrated support. The ‘hard to reach’ may include older people resistant towards the domestic intrusion that some energy efficiency investment brings, ethnic minority households, as well as people living in highly precarious housing and living circumstances.

Indeed, the ability of infrastructural inequalities to shape the social character and development trajectories of urban neighbourhoods is theme in joint work on energy vulnerability in the grain of the city, with Harriet Thomson, as well as papers on the geographies of fuel poverty in the UK, co-written with Caitlin Robinson and Sarah Lindley. The relationship between fuel poverty and area-based characteristics is not only a function of similarities in housing and social characteristics in particular urban or rural districts: the connections between people and places – how people use their neighbourhoods, how they relate to each other – also matter. Thus, fuel poverty cannot be seen simply as a private phenomenon confined to the social and spatial boundaries of the home and household; it is highly contingent upon community and neighbourhood relations, and its amelioration requires policy integration with wider urban development and infrastructure investment priorities.

But area-based policies are not a silver bullet. As Neil Simcock and I underlined in our paper on the spatial aspects of energy justice, the targeting of low-income areas within strictly delimited geographical boundaries may amplify the existing stigmatisation of such districts. It may also create the impression that the causes of fuel poverty rest principally within the areas themselves, as opposed to being grounded in wider dynamics of social exclusion and marginalisation.

What is more, spatial patterns of fuel poverty – which are often highly granular and diffused, varying significantly from household to household – may not easily map onto other forms of disadvantage. If area-based policies are limited to only some districts but omit others due to limitations in funding, they may help normalise the logic of rationing support to only small numbers of people – as opposed to all who need it – due to funding cuts and austerity.

The burgeoning drive towards a ‘low carbon transition’ in response to climate change concerns provides an opportunity to rethink area-based initiatives towards addressing the interlinked challenges of energy equity and sustainability at the same time. Households living in more energy-efficient properties and neighbourhoods will benefit from higher quality and more affordable energy services (such as heating, lighting, appliances) while being associated with lower carbon emissions. In practice, therefore, a well-designed area-based policy can alleviate fuel poverty while promoting comprehensive low-carbon urban and rural development.

However, as Håvard Haarstad and I recently argued in a paper published in the Transactions of the Institute of British Geographers, the scaling-up of such policies to entire cities and their host regions requires comprehensive engagement with affected residents, the involvement of all urban stakeholders, and the introduction of state-of-the-art energy efficiency measures. These are some of the key themes of the new STEP IN project, which was launched in 2018 under the leadership of the Luxembourg Institute for Technology with the participation of the University of Manchester and Greater Manchester Combined Authority. In the outcomes of the project, we hope to highlight how sufficient support can allow area-based approaches to promote comprehensive and far-reaching transformative change, instead of acting as yet another vehicle for delivering austerity and the rationing of socio-economic investment. 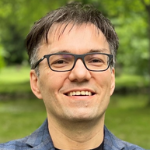