You are here: Home / Budget Hack / Budget Hack: It’s a Budget about nothing: Philip Hammond morphs into Seinfeld – Nick Turnbull

In his sitcom, Jerry Seinfeld famously pitched the idea for his programme to NBC as ‘a show about nothing’. ‘What happens in the show?’ asks the President of the network. ‘Nothing’ is the reply, to much consternation. There would be jokes, of course, but the plot would be about everyday trivial events involving Jerry and his friends.

I can’t help thinking of Seinfeld having watched the Chancellor deliver his Budget speech. There were some minor announcements, and also some jokes – Stephen Hawking abandons Corbyn down a Black Hole – but overall it seemed to be about nothing.

Does the Chancellor, new in the job, have a coherent policy programme? Nope. What stamp is the new government putting on the country? It’s not.

More to the point, did Brexit actually happen? Remarkably, the Chancellor didn’t mention it once. Perhaps it has all been a dream and I’ve only now awoken to the same old reality? Surely this was an opportunity to throw some money at post-Brexit projects to come, once we are released from our EU shackles? Surely some money would be dedicated to the process at least, to assure the public that the government has the matter in hand? Move along, nothing to see here. Not even the traditional rabbit-out-of-the-hat policy at the end of the speech.

If nature abhors a vacuum, then the cavernous gap in direction left by this budget will likely be filled by interpretations not controlled by the government of the day. Commentators will try to find something to say about it, adding their own spin as they see fit. But most concerning is the lack of overall direction and the unwillingness to acknowledge the Brexit reality facing the country.

One can only suppose the government thinks all is fine and well in the UK. Or perhaps it is asleep at wheel, confident that its political lead in the polls gives it a safe cushion. Or perhaps there is a budget rabbit after all – it’s the government as a rabbit frozen in the headlights of the oncoming Brexit lorry.

Nick Turnbull is Lecturer in Politics at The University of Manchester 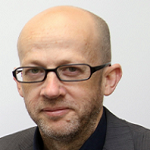