You are here: Home / British Politics / Populism, Post-Truth and the Challenges for Journalists: Forging Dialogue Across Battle Lines

By providing the first in-depth study of Russian state broadcaster, RT, the Reframing Russia research project aspires to improve our understanding of the intensifying ‘information war’ between Russia and much of the Western world. In this context, in November 2019, the project team organised an experimental dialogue ‘across battle lines.’ Stephen Hutchings, Vera Tolz and Vitaly Kazakov discuss key outcomes ​from the event, including broad consensus that:

On 7 November 2019, we brought together a high-profile RT presenter, a senior RT executive, reporters from The Independent, the BBC, Sweden’s main public broadcaster, SVT, and ABC, along with a retired senior British diplomat and an academic from the Alan Turing Data Science Institute specialising in the detection of online extremist discourse. Populism, post-truth and the challenges for journalists were chosen as topics that could provide common ground. While Russian disinformation and ‘cyberwarfare’ techniques are often invoked in this context, we aimed to forge dialogue across divisions in what has become a very conflicted space. The discussion was held under the Chatham House Rule. Inevitably, there were sharp exchanges, some of which adopted familiar, ‘information war’ tones, but there was convergence on a surprising number of issues.

A central point of contention revolved around the assertion by one participant – contested by others – that the loss of public trust in journalism and the failure of current business models for press journalism might lead to the ‘death of democracy’. The claim was that traditional journalistic mechanisms for providing information of the depth necessary for audiences to develop informed opinions are being eroded. As another speaker argued, the impact of emerging phenomena like ‘deep fakes’ will accelerate this process. Others observed that social media platforms facilitate better audience engagement and rebuild trust in journalism; meanwhile access to new open sources aids news gathering and creates space for crowd-sourced journalism, enhancing the quality of public knowledge. Moreover, it was suggested, popular concerns over limited media literacy and widespread failure to detect misinformation may be overstated.

The debate took a new direction following an intervention highlighting the alleged degeneration of the traditional media sphere into “a self-perpetuating echo chamber that has lost touch with its audience”. This bold inversion of the conventional wisdom that echo chambers are the by-product of new, online media led the same speaker to claim that the digital revolution in which RT emerged has equipped members of the public with unprecedented choices to mix and match the outlets they follow, and to consume hitherto unavailable alternative narratives which are sometimes unjustifiably vilified.

Inevitably, attitudes to fact-based journalism loomed large. One participant lamented that in the current political climate, “We need to present facts and not speculations; but when we present facts, the audience does not care.”  Others cautioned against over-fetishizing facts. Nonetheless, pressure on journalists to deliver news in entertaining ways was recognised as intense – often militating against the straight presentations of facts. There was agreement that the vital contextual knowledge needed to grasp the complexity of international affairs, not least those involving Russia, was often missing. Russophobic and anti-Western narratives, which are equally toxic, circulate with too little question in both Russia and elsewhere.

The latter point was among several which elicited broad consensus. The tendency to single out Russia as an exceptional miscreant renders representations of it in Western public discourse unbalanced, fuelling its claims of hypocrisy. This was noted by a respected Western journalist who did not specialise in Russian affairs. Focusing on ‘Russian meddling’ unduly narrows and distorts analysis of the reasons for the wider decline of trust in mainstream media and elected politicians. Commercial pressures, decreased funding for quality journalism and UK press partisanship offer better explanations for such phenomena. Participants with opposing political views including those highly critical of Russia concurred on this point.

UK-Russia relations should be viewed in a longer perspective. Negative images of Russia are historically entrenched in the UK where they are more prevalent than elsewhere in Europe. British policymakers, journalists, and analysts should broaden their view, avoiding ingrained stereotypes which hamper the analysis of specific situations and the development of appropriate policy responses.

The idea that ‘fake news’ and ‘post-truth’ are entirely recent phenomena is unhelpful. Misinformation, skewed interpretations and the dissemination of complete fabrications have a long history from which lessons can be drawn in order to identify which aspects of these phenomena are genuinely new. Most facts are open to contestation, manipulation and reframing. Journalism in Russia as in the UK is a mix of fact-gathering and fact-curation, and debate should focus on the appropriate relationship between these principles.

Part of the debate might usefully centre on what we mean when we invoke impartiality as the optimum in journalistic standards. ‘Due impartiality’, however, should not be confused with ‘objectivity’; the BBC definition of this axiom is nuanced, yet perhaps leaves too much latitude for individual journalists’ judgement. But we need to be cautious, lest we undermine the criteria by which we consider journalistic practices in contexts where the hand of state control is more apparent. For this reason, relativistic claims of equivalence between media outlets operating in very different political environments are misplaced. Examples of BBC management standing by its journalists when under severe attack by UK governments point to leeway accorded to state-aligned broadcasters here which would not be forthcoming under more authoritarian regimes.

Relations between Russia and the UK are at their lowest ebb since the Cold War. But at that time, even when mutual suspicion was at its highest, policymakers encouraged discreet and patient exchanges, some of them quite informal, which prepared the ground for the opposing governments to reach more formal agreements. Perhaps the key take-away from the event was that, precisely because UK-Russia state relations are stuck at such a stubborn impasse, policymakers and those in the position to influence their thinking on both sides should encourage further initiatives involving actors at the sub-state and non-state levels. Such trust-building exercises could serve as a means of kick-starting the much-needed process of resetting diplomatic relations, if not from the bottom up, then at least from outside conventional channels. 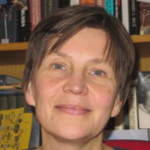 Vitaly Kazakov is a Postdoctoral Research Associate. He has written on the topics of media audiences, global media events, sport, and Russian politics of international attraction. He has recently defended his doctoral thesis on representations of Russia through the Sochi 2014 Olympic Games. Vitaly tweets @VitalyKaz