You are here: Home / British Politics / Cryptocorruption: what hit series ‘Billions’ tells us about how cryptocurrency could be misused

Taking a lead from a hit US TV show, former University of Manchester law student Alex Sprake and Dr Nick Lord discuss the potential for the misuse of cryptocurrencies to facilitate fraudulent and illicit payments. They find it as likely to be an issue in the world of ‘legitimate business’ as for organised crime, and ask which regulator is best able keep pace with ‘crypto’ developments in a world of increasingly rapid technological change.

At the end of a recent episode of the hit series Billions, Bobby Axelrod (“Axe”), the owner and manager of hedge fund Axe Capital, hands one of his traders $1m of “crypto” (short for cryptocurrency) which is stored on a “cold” storage device – a type of hardware wallet, which, to the untrained eye, looks like a USB device.

Without providing a total spoiler for those who have yet to watch this episode, the trader received this device as ‘payment’ in return for (wrongly) taking responsibility for a civil breach of US securities law in respect of which a personal fine was imposed. This helped to facilitate a broader civil settlement which was favourable to Axe Capital who were being pursued by the Department of Justice on charges of criminal market manipulation relating to the Ice Juice short trades made by traders at Axe Capital.

In an earlier episode, Axe had his trading licence revoked as part of the investigation which meant that he could no longer trade. To circumvent this, Axe provided money through a series of secret accounts to another fund manager who would be directed by Axe to make certain trades. As part of this arrangement, Axe ordered that all additional profits should be converted into cryptocurrency and provided to him.

Contrary to the prevailing sentiment around cryptocurrency – namely that it is used by the criminal underworld – the scenes from Billions highlight how cryptocurrency could be misused to facilitate illicit conduct by professionals in an institutional context.  The payment made by Axe to one of his traders (while not technically a bribe in itself) also highlights the potential for cryptocurrency to potentially be misused to make discreet and untraceable facilitation payments or bribes.

This is something that law enforcement agencies should be mindful of when conducting investigations.

The relationship between cryptocurrency and criminal activity is under the microscope and there is growing awareness of how cryptocurrency can be misused as a vehicle to launder the proceeds of crime, evade international sanctions and purchase illicit goods.

A recent Reuters article (available here) exposed the problems caused by the lack of anti-money laundering protections, which, together with the growth of so-called privacy alt-coins mean that illegal funds can be transferred, ‘cleaned’ and then withdrawn, often without trace. This poses significant technological and investigatory challenges for law enforcement agencies.

However, limited consideration has been given to the possibility of cryptocurrency being used as a vehicle for bribery and corruption– but, as the scenes from Billions illustrate, there is very serious potential for cryptocurrency to be misused as a medium for the payment of bribes and other illicit payments.

Indeed, the payment of a bribe in cryptocurrency stored on a “cold” wallet is far harder to detect than the classic notion of a suitcase of cash being handed over in a hotel or the funnelling of payments through an intricate web of companies. The key advantage of paying a bribe in cryptocurrency via a “cold” wallet is that such payment is likely to be significantly harder to identify and trace, particularly if the approach outlined in Reuters article is used – and this is why law enforcement agencies need to be aware of the possibility that cryptocurrency could be used in such a way.

Law enforcement agencies and their approach to cryptocurrency

To date, law enforcement agencies have provided ad hoc guidance regarding their approaches to cryptocurrency regulation and enforcement.

If crypto does become a vehicle for bribery, corruption or other illicit purposes in an institutional context, the Serious Fraud Office (SFO), as the agency responsible for investigating and prosecuting “serious and complex” fraud, would probably be best placed to investigate, not least because the agency is one of the bodies capable of bringing prosecutions under the UK Bribery Act 2010.  In a statement issued in May 2016, the SFO acknowledged that cryptocurrency could be used to perpetrate a “new or emerging type of fraud”.

However, at the time of writing, it appears that none of the SFO’s investigations have involved the investigation or seizure of digital assets, nor are there any reported cases of bribes or other corrupt payments being made through the medium of crypto – but that could be because of the complexity involved in identifying ‘transactions’ of this nature.

Axe’s use of cryptocurrency in Billions provides a stark illustration of how cryptocurrency can be used to perpetrate a new and emerging form of bribery and corruption.  Law enforcement should take note and be open to the possibility that cryptocurrency could be used for criminal means in institutional contexts. 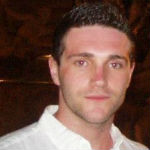 Alex is a former graduate of the School of Law and currently a trainee solicitor at global law firm Jones Day. Alex continues to take an active interest in both the legal and policy aspects of white collar crime and regulatory enforcement with a particular interest in the financial services sector.

Nicholas Lord is a Professor of Criminology at The University of Manchester. He is an expert in white-collar and corporate crimes of a financial and economic nature such as fraud, corruption and bribery.