You are here: Home / British Politics / Is our tax system fair? It depends…

The basic question of whether our tax system is fair is at the heart of many of our public debates. Discussions of whether ‘the rich’ or companies are paying their ‘fair share’ is regularly in, or underlying, the news headlines.

These are important questions. If we want to ensure that we can raise the revenues to pay for the public goods and services that we all want, we need to be able to have sensible debates about how much tax we raise, who we raise it from and how we spend it. But tax fairness is a complex issue. It’s hard to debate because people will differ in what they think is fair. There isn’t even a single concept of tax fairness – there are many, each of which would support a different tax design.

On top of this, discussing tax fairness is tricky because people have access to different information and this matters a lot in shaping their judgements.

We recently ran a straw poll to demonstrate the power of information. We asked a simple question: Broadly, do you think the UK tax system is fair? In many ways this is a silly question; so broad that it’s hard to know what use the results could have. But before answering participants were randomised into one of three groups

Group 1 were just given the question.

The results from this poll were stark. Before any information, 51% of respondents said that the tax system was unfair because the rich paid too little. In the ‘rich pay a lot group’, the proportion saying the system is unfair because the rich pay too little dropped to 33%. In the ‘rich don’t pay a lot group’, this proportion jumped to 72%. This means that about a fifth of people had their answers changed by two (true) statistics. Comparing groups two and three shows that small amount of information led to a doubling of the proportion of people who thought the system unfair.

This isn’t hard science – it’s a straw poll based on a small, unrepresentative sample of people who choose to click on our survey.  But the results do help to illustrate the fact that small amounts of information can radically shape people’s stated views. And the idea that information matters is backed up by other research. For example, a survey of 7,700 Vox readers conducted by the US Tax Policy Centre earlier this year also found that information – in this case provided through a quiz – changed people’s perceptions of tax fairness. A research study based in the UK found evidence that how information is framed – in particular whether statistics are given as percentages or in terms of absolute amounts of money – affects stated preferences of how progressive taxes should be.

These effects matter. People will often be exposed to small chunks of information about an issue and, as we continue to get more media tailored to our tastes, we might expect to also get exposed to more statistics.  If we are to have a successful debate about what a fair tax system looks like, or indeed about any other important issue in our society, we need to start with well-formed questions that are supported by the best available evidence.

This poll was conducted for use in a public talk I gave at Manchester University. The talk addressed the question: Are the rich paying their fair share of taxes?

Organised with Manchester University and funded by the Economic and Social Research Council (ESRC), this was the first in a new series of public talks that IFS are using to ensure that as many people as possible have the tools and information needed to engage in some of society’s important debates. That’s part of the mission of IFS – we’re an independent, politically impartial research institute with the principal aim of better informing public debate.

Future talks will tackle issues relating to an ageing society, income inequality and education. To keep in touch or find out more about our work, please follow us on twitter @TheIFS or on facebook at ‘The Institute for Fiscal Studies’.

129 people completed the poll. Results are available in the reference list for the related public talk (here)

IFS produces video explainers on key issues like the public finances, taxation, health spending and trends in inequality. You can see these and some recordings of our events on our YouTube channel (here)

Note: This article originally appeared on the IFS Observations blog, and is reproduced here with the author’s permission. 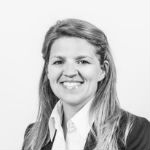 Helen is an Associate Director of Institute for Fiscal Studies, and head of their Tax sector. Her current research focuses on business taxes, including how they affect firms’ location choices, and on the drivers of firm investment and aggregate productivity growth.