You are here: Home / Brexit / Scoping the impact of Brexit for NHS procurement

Our series of blogs from speakers at MANREG‘s ‘Brexit, Regulation and Society’ event continues with the University of Bristol’s Dr Albert Sanchez Graells’ analysis of the effects of Brexit on NHS procurement rules.

In this context, Brexit could be seen as an opportunity to overhaul NHS procurement and to move away from the perceived excesses of EU law. This post concentrates on two issues. First, does EU law prevent significant reforms of NHS procurement and, if so, can Brexit suppress such constraints? Second, is the way Brexit is unfolding conducive to an improvement of NHS procurement?

Where were we before Brexit?

Since the 1990s, the activities of the NHS in England have been characterised by a purchaser-provider split. Some branches of the NHS act as purchasers or commissioners of health care services (currently, clinical commissioning groups, or CCGs), while other branches of the NHS (trusts and foundation trusts) act as providers of health care services and compete with private providers in some markets. The activities of these entities are overseen by NHS Improvement as sector regulator.

Currently, NHS procurement is primarily covered by two sets of domestic rules (as well as a large volume of soft law). The ‘buyer side’ of the NHS is subjected to two core bodies of rules applicable to NHS procurement: the general Public Contracts Regulations 2015; as well as the specific Health and Social Care Act 2012 and the NHS (Procurement, Patient Choice & Competition) No 2 Regulations 2013. Additionally, given the organisation of the system as a mixed market with public and private suppliers competing for the provision of different services, the ‘selling side’ of NHS procurement is also subject to a host of EU and UK competition rules.

On the whole, this results in a rather complex regulatory setting that is commonly criticised as imposing significant constraints on the way NHS procurement is carried out. However, it is important to stress that these constraints ultimately depend on the existence of the purchaser-provider split and the establishment of a mixed market for health care services—which are decisions independently made by successive UK governments rather than an EU imposition. Were the ‘buying’ and ‘selling’ sides of the NHS be merged, procurement and competition rules would stop applying (at least to a large extent) to these intra-NHS relationships. Indeed, there is nothing in EU law that obliges member states to open up public healthcare services to competition, and the UK could move back to a fully integrated public system without infringing EU law. In other words, EU law is not the cause of any shortcomings in the existing regulation of NHS.

Ultimately, and regardless of the specific agreement for future UK-EU trade, Brexit should not have any meaningful effect on the regulation of NHS procurement because significant reforms are already possible under current EU law. Any arguments that EU law prevents substantial reform of NHS governance are thus incorrect, or concentrate on issues of procedure rather than substance. Such reforms would, however, require strong political drive and changes in funding schemes, as well as meaningful legal reform able to deliver such a change of model. But they are not prevented by EU law.

NHS (procurement) in the Brexit and general election campaigns

NHS funding featured prominently in the political campaign leading to the Brexit vote. Most discussion concentrated on the level of funding for a cash-strapped NHS. However, the deeper impacts of Brexit on the NHS – in particular, those of a hard Brexit that implied the UK’s exit from the EU’s single market and customs union – received much less attention. Nonetheless, it was intimated and is true that any impact of Brexit on NHS procurement was compounded by the uncertainty surrounding the framework for UK-EU trade post-Brexit. This issue is yet to be clarified, and neither the Brexit White Paper or the Great Repeal White Paper reduced such uncertainty.

The uncertainty continued during the recent electoral campaign. Both the Conservative and the Labour manifestos pledged more funding for the NHS. Interestingly, there seemed to be some commonality in the long-term strategic goals of both main political parties around a correction (to different degrees) of the current market-based purchaser-provider split system. While Labour pledged to reverse the privatisation of the NHS, the Tories promised non-legislative changes to remove barriers to the integration of care. Remarkably, both changes to the purchaser-provider split seem possible within the constraints of the existing EU regulatory framework, and they seem to require political choices unaffected by Brexit – with the obvious exception of funding, which is directly (and negatively) affected.

Since the adoption of the 2014 Five Years Forward View for the NHS in England, at the policy-making level, the system has been progressively reoriented away from the ‘NHS internal market’. Current reforms are geared towards experimentation with the so-called sustainability and transformation plans (STPs), which aim to suppress the purchaser-provider split, including through the creation of accountable care organisations (ACOs). However, in the absence of a thorough reform of the existing legislative framework, a change of NHS governance model raises significant legal issues. Current attempts to contract-in the NHS market through very large services contracts, such as that tendered by the Manchester CCGs and City Council, trigger issues of non-compliance with UK and EU law that can only be avoided by means of a more meaningful process of legal reform, Brexit or no Brexit.

In view of all this, I would conclude that the discussion surrounding the regulation of NHS procurement needs to concentrate on the fundamentals of the potential alternative models: ie a system of integrated NHS governance subject only to public law checks and balances, vs. a mixed market system for the provision of health care services for the purposes of the NHS (including some form of purchaser-provider split) subject (also) to market regulation.

Most of the pre-Brexit and current discussion conflates elements of both models without acknowledging that both fit within the EU regulatory framework and, consequently, decisions on the model that should be adopted (and the regulatory implications that follow) exclusively depend on UK political decisions. And such political decisions need to be properly translated into (new) legislation, rather than implemented through low-level policy-making and forced contractual arrangements aimed at deactivating the NHS internal market. 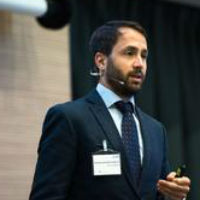