You are here: Home / Brexit / Free-floating Citizenship – Could UK individuals be permitted to retain a form of EU citizenship post-Brexit?

In the first of a series of blogs generated from MANREG‘s Brexit, Regulation and Society in June, Dr Javier Garcia Oliva discusses the possibility of whether individual citizens of the UK might be permitted to opt in to some form of EU citizenship which they could retain post-Brexit. He considers four major obstacles to achieving this kind of ‘free-floating’ citizenship, and suggests that even if such a scheme were created, it could only deliver a form of second class EU citizenship for those UK Remainers who were able to access it.

In the stormy seas of the Brexit negotiations, some voices from the EU appear to be offering a life-raft to UK Remainers. Understandably many people may be keen to scramble on board if the opportunity presents itself. Luxembourg MEP Charles Goerens proposed that British citizens could be offered associate citizenship in return for a fee which individuals could decide to pay if they opted into the scheme.  But is this a realistic and viable option?

There are a major number of obstacles to achieving this kind of ‘free-floating’ EU citizenship, not anchored in the national citizenship of a current Member State. Firstly, there may be a lack of political will to pursue this.  On the UK side, Theresa May has hitherto been at best lukewarm, although in these tumultuous political times, and with the number of high profile U-turns of the current government seemingly ever mounting that stance might conceivably alter.  The EU, for its part, has consistently indicated that post-Brexit arrangements will not be discussed until the terms of the UK departure have been agreed.  It is, therefore, not realistic to expect any firm proposals for some considerable time, and the political landscape could shift dramatically in the months to come. There are already some rumblings of discontent about Goeren’s suggestion from some quarters in the European Parliament. So, it may be that gaining political acceptance for any scheme would not be straightforward.

Secondly, even if the EU was persuaded in principle that a form of free-floating citizenship for individuals was desirable, finding a consensus on the detail could be a lengthy and fraught process, as the legal institution being created would be an entirely new legal and constitutional concept. As Adrienne Yong, an academic, has pointed out, EU citizenship has always been a legal status which attaches to national citizenship, rather than a stand alone entitlement. Consequently, the fundamental nature of free-floating citizenship would have to be hammered out. Would the status be subject to periodic renewal, or would it be life-long?  Might it be offered to citizens of any other nations on a similar basis? Would the offer be limited in any way; for example, would there be a ceiling on the number of individuals to whom it could be granted annually, or would some criminal convictions be a bar?

The third major challenge relates to citizens themselves. In pragmatic terms, a form of free-floating citizenship could only ever be an inferior, second best option for its holders.  It would be a weaker shadow of the citizenship rooted in holding the nationality of a Member State.  This is because Member States participate in the functioning and decision-making of the European Union, but free-floating citizenship would not enable individuals to benefit from this kind of national engagement. Individuals would not have a Member State Government able and willing to negotiate on their behalf and directly promote their interests, neither would they be able to take part in the election of MEPs (or at least not in the same way as other EU citizens).

Finally, it is likely that any form of free-floating, associate membership would come at a financial cost.  Individuals seeking it would be expected to pay a fee. From an EU perspective, this is entirely reasonable, given that such individuals would enjoy many of the same benefits as other EU citizens, and their Member State would not be making any fiscal contribution.  However, from the point of view of UK citizens, it effectively creates an unspoken divide, between those with the financial means to buy EU citizenship and those without.   The financial barrier might prove impenetrable for some individuals, in particular those hoping to move to EU countries to work in unskilled industries or to study.

Rights which come only at a cash price are not true political rights. If a benefit comes only in return for payment, then it looks far more like a commercial bargain than a political status.  It is disingenuous to hail something as a right and then acknowledge that the poor are effectively excluded.  In addition, it must be remembered that, in general, it was the more economically deprived regions of the UK which voted for Brexit.  Any deal which in practical terms favoured the wealthy would run the risk of breeding further resentment, and damaging rather than improving perceptions of the EU in these beleaguered communities.

A ray of hope, with a sting in the tail?

All in all, this is an interesting proposal which could give a response to the legitimate dismay of many Remainers who feel a key part of their identity will be taken away from them on Brexit.  Yet there may be a sting in the tail to the promising news, the practical obstacles are many and difficult to overcome, and even the ultimate prize on offer is not equal to the status which UK citizens currently enjoy.  Nevertheless, taking home a lesser prize is a far better option than going home empty-handed.

Those in the pro-EU camp would be well advised to lobby for free-floating citizenship to be offered on the most favourable terms possible, and with the minimum financial barrier.  A robust set of rights within the reach of most citizens would enable not just individuals, but also society in general to maximise its continuing participating in the life of the EU.

This blog was originally published on7 August 2017 and has been curated to form part of The University of Manchester’s Migration Month. 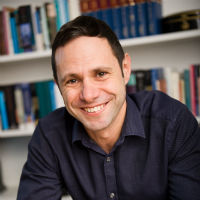