You are here: Home / Brexit / Brexit challenges – time for a grown-up conversation about immigration?

Before the Government enters into Brexit negotiations there needs to be an informed debate about the trade-offs involved, says Martin Walker.

During the Brexit referendum, there was a heated debate about immigration. Sadly, the standard of the debate on this issue was extremely shallow, with ‘remainers’ often accused as being traitors to their country, and ‘brexiteers’ accused of being racist.

However, before our government enters into complex negotiations with the EU Involving a trade-off between restrictions on immigration and access to the single market, I think it is vital for the country to understand the issues involved. There needs to be an informed debate about the trade-offs involved.

Four key points need to be taken into account when thinking about this:

These four points have important implications both for managing the country and for managing our negotiations with the EU.

First of all the country has to find more intelligent ways of mitigating the costs of immigration. We need to put in place policies designed to ensure that local communities experiencing above average levels of immigration are not damaged.

This requires policies to, among other things, build more houses, increase school places, and improve local hospitals so as to accommodate increases in local populations.

In addition, I would suggest that we should insist that any deal that we strike with the current members of the EU on this matter does not include any countries that might join the EU in the future. It would obviously be ludicrous to allow the EU to use the benefits of being allowed to work in the UK to attract new member states. 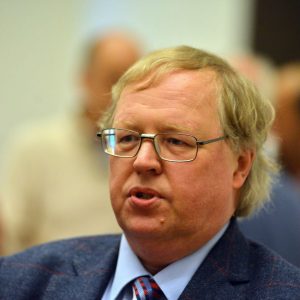